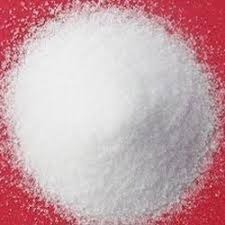 Brief Overview
Sodium palmitate also known as sodium tallowate is sodium salt or ester of triglyceride of fatty acid such as palmitic acid with molecular formula C16H31NaO2. It is made up of common saturated fatty acid found in fat and waxes including olive oil, palm oil and body lipids. It is white powder or white blocks or noodles in appearance with soapy sense, fat taste. It acts as an emulsifying agent, surfactant and realising agent. It is a major component of domestic soap and detergent industry.

Manufacturing Process
Sodium palmitate is sodium salt of fatty acid and it is prepared by the hydrolysis of triglyceride. It is also called as saponification. In this palmitic acid (in the form of animal tallow or palm or olive oil fat) is heated with flaked sodium hydroxide (also called as lye).

Detergent Industry
It is major agent of domestic soap and detergent industry. It is a component of â€˜base soapâ€™ which is soap before addition of scent, colour and other enhancing agents. It is cleansing agent. It is also applicable as surfactant and viscosity controlling agent.
Other applications
It is an emulsifying agent and viscosity controlling agent. It is used in cosmetic industry. It gives heat stabilisation and controls the viscosity of the product. It is used as polymerisation catalyst emulsifier in the synthetic rubber industry.